Distrust is a major theme in The Great Gatsby. The characters in the book do not trust one another for specific, and validated, reasons. When one of the characters does not trust the other, it is typicallly becuase they have been betrayed. Tom betrays Daisy and her trust multiple times during their marriage, the one time we see being with Myrtle. Daisy, although her case is very specific, betrays Tom and his trust by conducting an affair with Gatsby. Wilson then does not trust his wife once someone tells him that she is having an affair with another man and starts to put the pieces together. All four of these characters portray distrust perfectly. Even though distrust ties into betrayal in most accounts, another account of distrust is the distrust readers have about Nick. Although he says he is the most reliable, honest man he knows, he hides many things from readers. One of these things being the ambiguity he uses when addressing his relationship with Jordan. At one point he states that he loves her and has broken off an engagement back home (that he had previously denied!) but by the end he just briefly metnions that she is now engaged and preparing to get married to a different man. Readers distrust of Nick is the strongest point on the theme of distrust, because if readers cannot trust their narrator, than who can they trust in the story? No one. 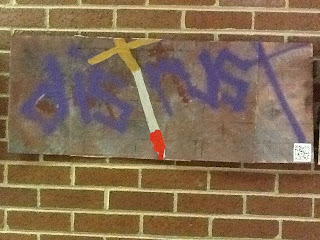