Destruction is a significant theme in this book. Each relationship present in "The Great Gatsby" has been destroyed somehow. For example, the relationship between Myrtle and George was ruined when Myrtle was killed and George killed himself in anger towards her murderer. Nick and Jordan were seemingly in love, but she left him for another man. These are some examples of destruction in the book. Another thing that has been destroyed is trust between Daisy and Tom. It is clear to readers that Tom has cheated on Daisy multiple times. She decides to stay with him anyway, even though the trust between them has been destroyed. 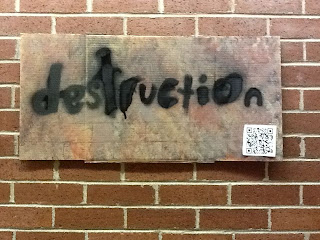